As a game music composer over the last 5 years, Jared has composed music for 7 indie games including OTTTD, One More Dash and One More Line , One More Jump, Thumb Drift and PLATO  (with more than 24 million downloads in total). There are 3 new games in the pipeline featuring Jared’s game soundtracks due for release in 2019. Jared has enjoyed a loyal and creative collaborative relationship with a prominent successful Sydney based indie game developer.

Some of these events include ;

The topics covered in the talk include

The presentation includes examples from 5 games that Jared has composed music for. Showing beta footage, early demos and UI sound effects. Jared also dives deep into the production methods, composition and studio techniques software and instruments he uses when writing music for games and collaborating with indie game developers.

Thanks to Greg Morrow and Narelle Butterworth at APRA for inviting Ash and I to present at the ACMI in Fed Square Melbourne.

Read an online interview with Jared answering questions about his presentation for APRA ‘The Melbourne Sessions 2018’ ; 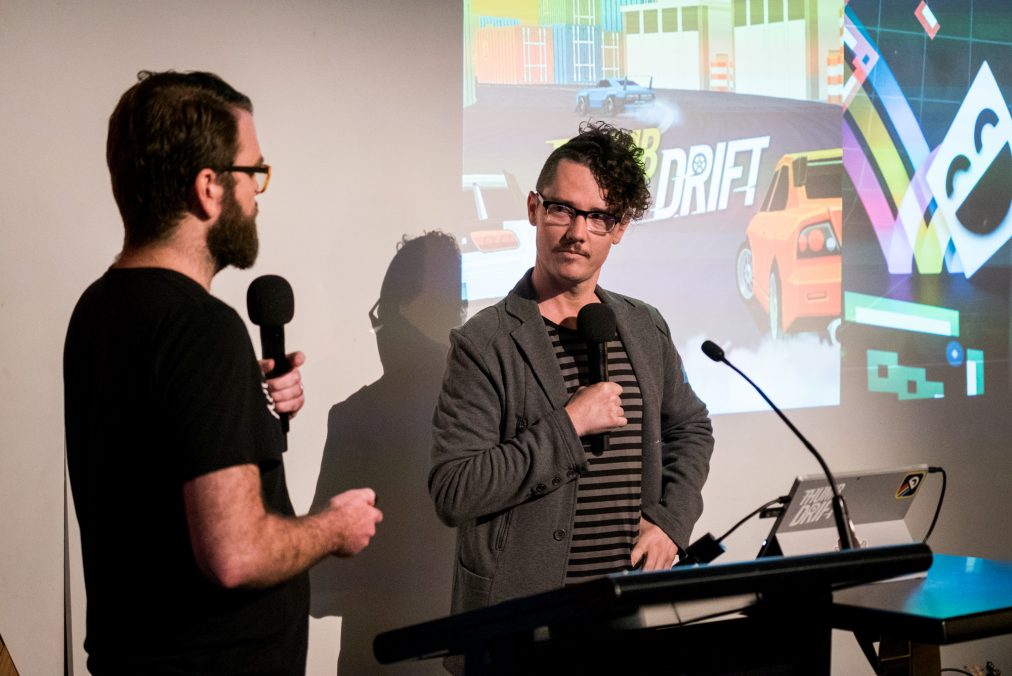 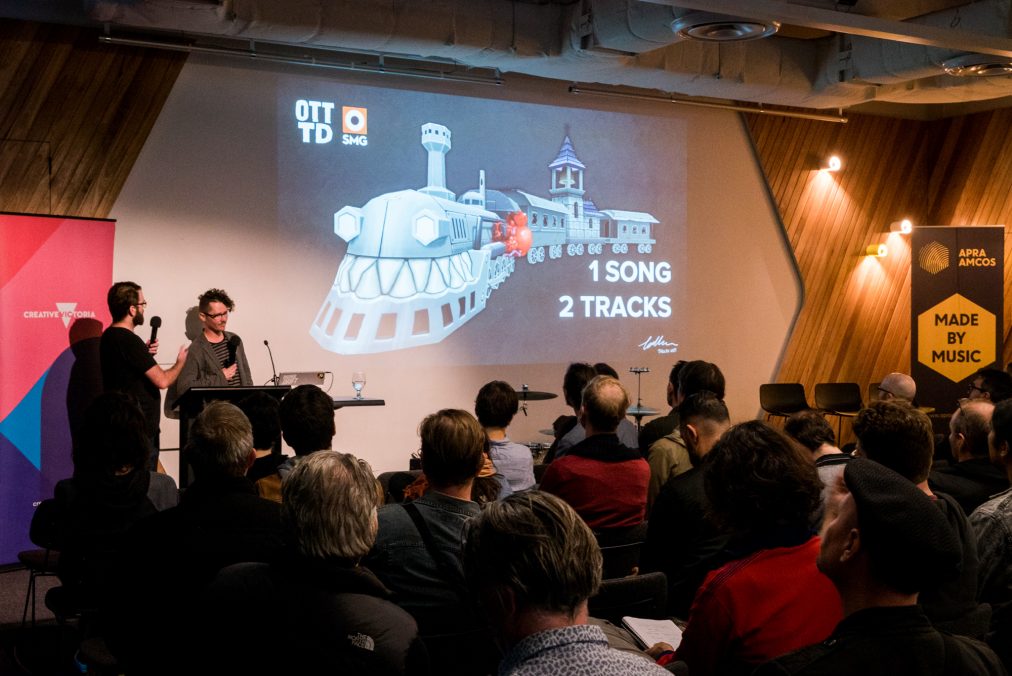 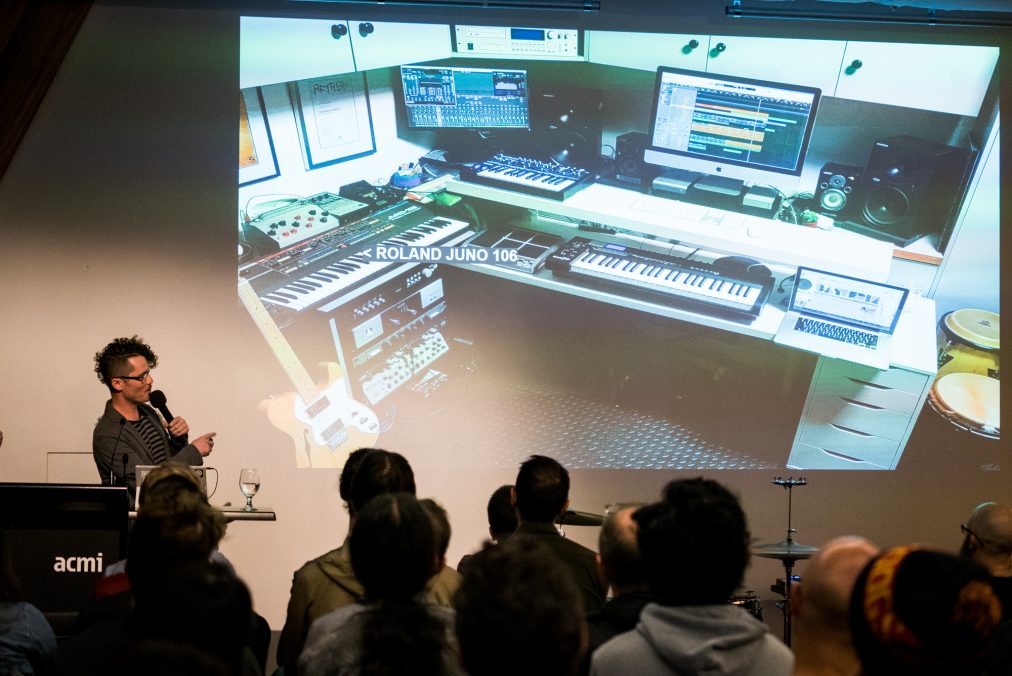 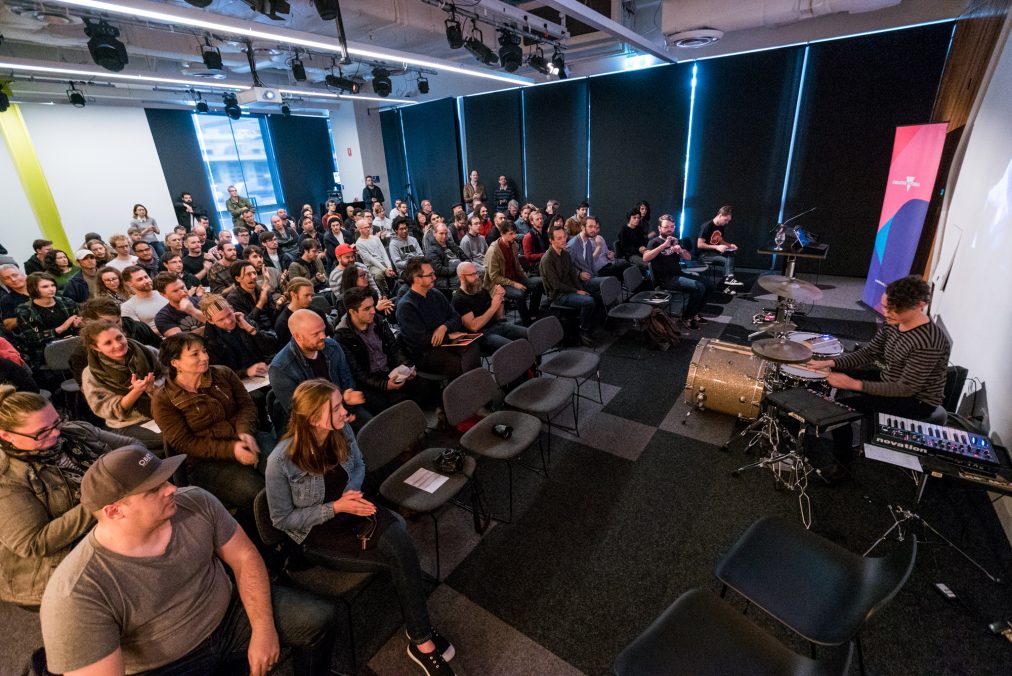 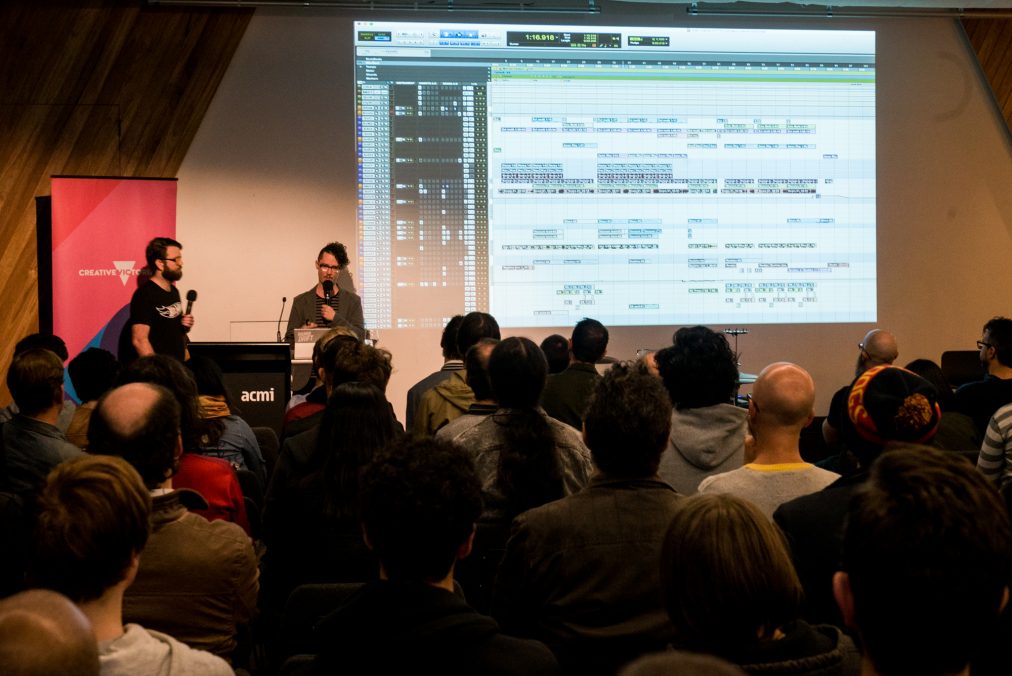 Below is trailer for the latest game featuring Jared’s aka BATTERIE original music now available on Nintendo Switch.

If you are interested in having Jared come to present his 90min power-point talk on composing music for mobile games at your Uni, College or school, please get in touch via the contact page on this website. Thank you.